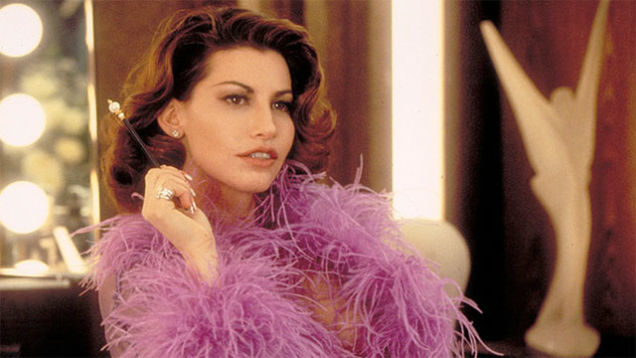 “Showgirls” holds a special place in my heart, so much so that I spent my fiftieth birthday in Las Vegas just so that I could sit at the same table at Spago where Cristal Connors told Nomi Malone “I like nice tits.” Ah, memories . . .

But I digress! Gina Gershon is one of those good Geminis, like Boy George or Andy Cohen. You know the kind? The ones that reel at the thought of sharing their zodiac signs with Donald Trump, Mike Pence, William Barr, Rudy Giuliani, Jeanine Pirro, Laura Ingraham, etc.

While the actress doesn’t post much on Twitter, when she does it’s usually to draw attention to what an idiot Donald Trump is. For that reason, I want to say that we have a lot in common. Astrologically, however, it’s a different story. We’ve actually…